Video games and politics don’t go together. At least that’s the opinion of many gamers. In fact, most video games are downright political, even if publishers hide it and gamers don’t want to admit it.

Many publishers are now using their marketing machines for a pre-emptive strike. They are swearing to their hearts that their latest game does not represent any political messages or positions. With disclaimers and press releases, triple-A publishers in particular try to sit between all gaming chairs and thus avoid uncomfortable conversations.

Their caution is somewhat understandable because should the online community ever catch a glimpse of politics, the bloodhounds will be unleashed and subsequently difficult to capture. While this dynamic can be viewed as pandering, overbearing, or just plain unhealthy, depending on your perspective, it’s also based on a false assumption. Video games like Minecraft (https://pillarofgaming.com/minecraft/) are political and that misconception creates a problem. 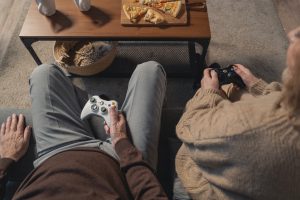 Even if it is sometimes forgotten, publishers are nothing more than companies that use people in management positions due to a lack of alternatives. These people have political views and while huge teams work on the biggest games, decision-making power is always in the hands of a few executives.

With political attitudes so openly on display, it shouldn’t come as a surprise that these are reflected in video games.  It is in the nature of games that the values ​​of their creators find expression in them.

Politics takes many forms in games

Most video games contain representations of social relations, role models, and power structures in one way or another. How games reflect these issues reflects a political attitude.

In many video games, for example, when dealing with their characters, there are statements about gender roles, racism, and ideals of beauty, which can be expressed through the agenda of the characters, representation, and obviously non-functional outfits for female characters.

Politics has accompanied gaming since the early days

In order to actually have a meaningful discussion about political content in games instead, it must first be recognized that it exists in video games across almost all genre boundaries from the outset.

Regardless of personal beliefs, the glorification of this fact only means that messages can be conveyed much more easily and, above all, are not questioned when gamers consider their favorite games to be “apolitical”.

No online protest can keep politics out of video games. Political and social values ​​have been conveyed in video games ever since Mario first rescued his oh-so-helpless “damsel in distress” Princess Peach. This doesn’t always happen in an elegant, intentional, or supportive way, but there’s no key combination in the world that can simply wish it away.